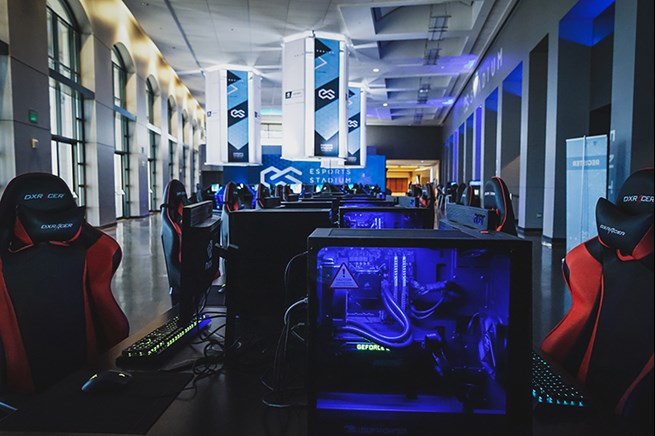 “We needed an advanced and user-friendly system to transition between live hosts and various player cameras to help organise who should be live at each point of the event,” said Corey Dunn, VP of Broadcast for the stadium. “Operating with TSL’s advanced control system benefits both the production crew and on-camera talent. From the hosts at the desk transitioning from camera-to-camera to our production crew knowing who is live and when – the integration of TSL into our workflow doesn’t just impact camera operators, but the entire production.”

TSL’s intuitive control interface enables users to establish seamless broadcast communication on a single, unified layer. The system was initially built as a tally system, and therefore had to be independent, universal, configurable and infinitely scalable. With over 2,000 installations worldwide, TSL can now manage complex control tasks, such as router control, studio failover and delegation. With TSL, customers can achieve interoperability between equipment routed through analog, IP or hybrid networks, regardless of differing manufacturers and format specifications. TSL’s Tallyman control system is a globally trusted and road-tested broadcast production control solution that bridges the gap between IP framework components and any broadcast or live presentation technical equipment.

Esports Stadium Arlington is the largest dedicated esports facility in North America. The facility serves as a turnkey solution for esports events and productions, and was built to serve the unique needs and demands of the esports community. Recent events held at the facility include Esports Championship Series – Season 6, the Super Smash Bros. ULTIMATUM regional tournament, the 2018 Collegiate Rocket League National Championship and the Guns of Boom Pro Series – Season 2.